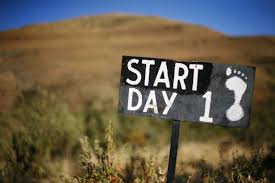 I am an utterly friendly person. Not a people-pleaser at all, but the people I like (and it’s probably a very tiny percentage of the number I actually meet), I love. Besides, I am one of those few people who have boundless energy at any time of the day, especially to hangout with said people.

But the thing is, I am an introvert too. Although, during periods when my social calendar gets too crammed- and that may either be because I suddenly meet new people that I get along swimmingly well with, or because old friends are visiting the city that I am living in- I am having a ball living it up with the people around me, I end up ignoring this tiredness that I seem to feel as a result of not prioritizing my ‘me-time’. This tiredness carries forward to being less productive, and, overall, less enthusiastic in all my other endeavors.

Having been comfortable in my body <touch wood>, I never had to deal with any body image issues, despite being naturally-prone to chubby cheeks and bad bouts of acne in my teens. More importantly, I easily figured out my own body over the years by trying to figure out anthropology and nutrition. I have also been comfortable with myself- meaning my conscious self, and others have always commented on how I come across as self-aware. But somewhere along the way, I read Hagakure, and decided that by not intently listening to other people’s advice and counsel, I was being ‘selfish’, as the term is described in the book. Little did I know that I didn’t need to be as pro-active as I ended up being about it. During the time that I heard other people out, they routinely told me that I wasn’t introverted simply because I wasn’t shy or timid, and though I never yielded to their interpretation of the definition, it affected me. Luckily I didn’t live with the sort of damages that end up as prolonged pain in  a lot of people’s personal lives- it only lasted approximately 4 months.

Thankfully, I was still attuned to my senses enough to pick up my self’s signals that I wasn’t anywhere close to the middle-line as I initially set out to be. I was pushing myself dangerously beyond my comfort-zone. Learning from Ohno’s chalk circle method from Kaizen (yes, I seem to find all things Japanese interesting!), I took a step back. I saw the bigger picture. As I found out, this could have drained me beyond control over the long-run.

So, I took matters into my own hands. As much as I don’t need to take such a step to stay away from it, I deactivated my facebook account yesterday. I often dismiss such moves as exhibitionist, as several people tend to do it simply to make their ‘virtual’ absence more pronounced, but I had to.  The next thing I did was not check my Whatsapp texts as soon as they came. The problem not being that I am tempted to reply right away, but because of the ‘last seen at <time>’ stamp that the app displays for the world to see; and sometimes people take it personally- and this is one of those few instances when it really isn’t personal! And me being me, I become completely engrossed in a conversation due to my disdain and lack of skill for multi-tasking, while most people juggle things easily. It stems from my attitude of giving my all to the situation at hand- you will rarely find me texting while in a face-to-face conversation (hell, I tuck away my phone in my bag or pocket!) and even when I do, I excuse myself for a quick minute to do so. So there. Even though I am not as ‘connected’ as most people my age are, my yardstick is not mankind’s general tendencies, but my own comfort levels. I am unplugging myself. That’s my first step. Being my own best friend, by supporting me in doing what I know is right for my ‘balance’.